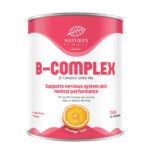 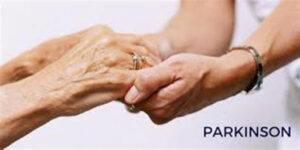 Healthy people after the age of fifty will easily improve their health by taking vitamins and supplements as a dietary supplement. A balanced diet, walking, swimming, exercising, all contribute to the better health of the elderly population. At the same time, we all forget that there are people who suffered from one or more diseases at that age or earlier.

Their needs for vitamins are greater than the needs of healthy people at the same age. Due to the specifics of certain diseases and conditions, the need for additional vitamin intake has increased. This is necessary due to the difficult absorption of food or due to the difficult intake of food and fluids in the body. No one chooses a disease, it is something that suddenly or over a long period of time befalls an individual.

I will talk about the needs of patients with Parkinson’s disease. I know this best because I have been living with that diagnosis for ten years. It is a disease that begins slowly and almost imperceptibly. There is currently no reliable test for diagnosis. Various tests are performed to rule out other neurological diseases. The three main symptoms are slowness, trembling,  and stiffness. Symptoms initially appear on one side of the body. A diagnosis is considered to be made when a person has two of the three symptoms. The disease occurs due to the reduced production of dopamine in the body. Dopamine also called the hormone of happiness, allows the muscles to start some movement. Due to the reduced amount of dopamine, people with Parkinson’s in addition to the basic symptoms often become depressed.

For every person, a diagnosis of a disease that cannot be cured is shocking, and so is it for me. I learned to live with my illness. It helped me a lot that I was still employed at the time and remained physically active. On the advice of my neurologist, I was taking a multivitamin complex. exercised regularly, walked, and when I was able to swim.

The most important vitamins for Parkinson

All vitamins are essential for Parkinson’s patients. u They are the most important from the group of B vitamins because they strengthen and regenerate the nervous system. One of the basic drugs for Parkinson’s treatment is a substitute for dopamine, levodopa. Some beverages and foods reduce the effects of levodopa. Milk, juices, foods rich in protein reduce the action of levodopa. Vitamin B6 also reduces the effect of levodopa. That’s why Parkinson’s sufferers should schedule their daily meals so that breakfast and lunch are foods rich in carbon carbonates and fiber. For dinner, you should take a meal rich in protein and vitamin supplements, because no greater physical activity is expected at that time In that way, all the requirements of a proper diet are met and there is a lot of physical activity of taking vitamins properly. For this part of the population, vitamin supplements can alleviate many ailments and conditions and correct vitamin deficiencies. It takes a lot of good moods to improve the general condition of both a healthy and a sick person. Laughter is the best medicine.